NANS has tabled fresh demand to FG and ASUU over the ongoing nationwide strike.

NewsOnline reports that the National Association of Nigerian Students (NANS) on Sunday urged both the Federal Government and the Academic Staff Union of Universities (ASUU) to amicably settle the lingering crisis between them leading to incessant strikes in the education sector in the best interest of students.

Addressing a press conference at the secretariat of the Students Union Government (SUG) of the Abubakar Tafawa Balewa University (ATBU), Bauchi, National Director of Administration and Strategy of NANS, Prince Mohammed Sani Hassan, called on the Federal Government to immediately summon an emergency stakeholders’ meeting in the education sector where lasting solutions would be proffered to challenges militating against the smooth operation of the sector.

While saying that strikes have become a norm in the education sector, Hassan declared that incessant industrial actions had not only hurt students but also their parents who had been labouring very hard to sponsor their children’s education.

According to him, “The university strike in Nigeria is becoming a norm with successive governments, including the current administration of President Muhammadu Buhari, failing to meet the demands and fulfil the 2008 agreement signed by the Federal Government and the ASUU.

“This strike has continued to hurt more the students and their parents, who labour very hard and in the end have little in their pockets to take care of the needs of their respective children in Nigerian universities.

“It is in the light of the above that the ASUU strike seems to be a festival in Nigeria that happens every year leaving the consequences directly on the students to bear.

“It is an unarguable discussion that a four-year course now takes not less than seven to eight years for a Nigerian student who is battling tooth and nail to survive in the current economic realities.

“We, therefore, deem it fit and necessary as stakeholders in this struggle to address you on these lingering confrontations between members of the Academic Staff Union of Universities and the Federal Government to end this long feud that is keeping the Nigerian students away from their classrooms.”

He, therefore, appealed to the government to fulfil its part of the agreement with the lecturers.

“The Federal Government, through the Federal Ministry of Education, under the able supervision of Mallam Adamu Adamu and the Minister of Labour, Chris Ngige, should ensure compliance to the earlier adopted agreement.

“The government and ASUU are stakeholders and at the same time, team players in this game that has caused this government its reputation in the education sector having been pro-ASUU in the past,” Hassan said.

According to him, the education sector had yet to come out of the effects of last year’s strike by ASUU members before they embarked on the current strike, adding that incessant strike had affected the chances of the less privileged to grow to the peak of their career.

Hassan submitted that “we are yet to come out from the negative effects of similar acts of last year as this strike is never expected to end soon. We all saw what happened last year when this kind of strike occurred where the Federal Government and ASUU ended it at a roundtable.

“This strike has continued to affect greatly the chances of the less privileged to grow to the peak of their career because all the students currently at home are that of the downtrodden.

“ASUU leadership must call their members to order and let them know that there is an increasing number of graduates sitting at home and considering the scarcely available employment opportunities should serve as a warning signal to the university lecturers.”

The NANS director asserted that education is the right of every Nigerian child and as such should be given priority attention by the government.

He added that illiteracy and unemployment have been traumatising Nigerians, appealing to the government to invest in the education sector.

“The government must know that education is a right of every Nigerian child, hence it is to be prioritised to secure the future of the nation amidst the increasing Insecurity.

“Illiteracy and increasing unemployment have been identified as the major factors that continue to traumatise Nigerians. Then, it becomes more necessary for government to create millions of investment in the education sector and ensure wealth creation through empowerment programmes,” he added. 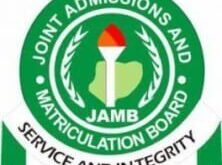